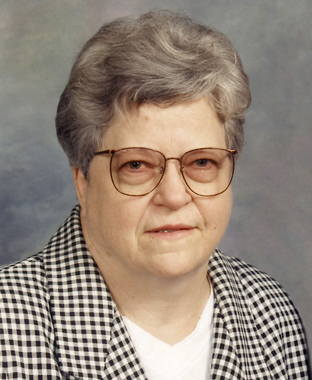 Back to Willa's story

Willa Dean Brown, resident of Ponca City, Okla., passed away Monday, Feb. 10, 2020, at Shawn Manor. She was 87 years old. A graveside ceremony will be 3 p.m. Thursday, Feb. 13, 2020, at Gracelawn Cemetery in Edmond, Okla.
Dean was born Aug. 19, 1932, in Olustee, Okla., to her parents, Boss and Ruth F. Butler. She grew up in the Olustee area and graduated from Olustee High School. Dean married Bennie Eugene Brown in Eldorado, Texas.
She took pride in raising her children with respect, dignity and while being active in the Church of Christ.
Dean enjoyed sewing, family and friends, while keeping a great sense of humor. Her passion was keeping Bennie straight and making sure he only had a handful of greyhounds on the property at one given time.
Survivors include her daughters, Shirley Guest and husband, Peter of Claremore, Okla.; Terry Mauldin and husband, Dave of Edmond, Okla.; and Jeri Anderson and husband, Jim of Ponca City, Okla.; son, Tim Brown and wife, Lisa of Sharpsburg, Ga.; eight grandchildren, as well as numerous nieces and nephews.
She was preceded in death by her husband, Bennie E. Brown in 1999.
Cremation arrangements are under the direction of Trout Funeral Home & Crematory, Ponca City.
Published on February 12, 2020
To send flowers to the family of Willa Dean Brown, please visit Tribute Store.

Send flowers
in memory of Willa

A place to share condolences and memories.
The guestbook expires on May 12, 2020.