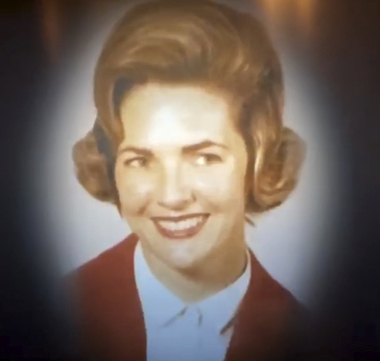 Back to Ruby's story

Ruby Ann Ogle passed away Thursday, Feb. 6, 2020, at the age of 85. At the end, she was surrounded by her three sons, daughters-in-law and grandchildren.
Ann was born Aug. 30, 1934, in Cache, Okla., to David and Katherine Bowman.
She married Jack Ogle in 1954. Ann was a voracious reader and loved conversation with her family and friends as well as playing bridge in various Edmond clubs. Ann was also a talented singer and attended The University of Oklahoma as a music major. She was a member in the choir of her beloved Santa Fe Presbyterian Church in Edmond, Okla., a loving Christian community she described as a godsend. She also was a member of the church's Holy Smokes cooking group.
Ann was witty, loyal, opinionated and strong. She absolutely cherished her family; especially her three sons.
She was preceded in death by her parents, David and Katherine Bowman of Midwest City, Okla.; and brother, Billy Frank Bowman of Texas.
Ann is survived by her sister, Margie Kay Vogler and her husband, John Vogler of Greenville, Ky.; and her three sons, Kevin Ogle and his wife, Ginger of Edmond; Kent Ogle and his wife, Suzanne of Edmond, and Kelly Ogle and his wife, Teri of Edmond. She will also be missed by the grandchildren she cherished, all of Edmond: Abigail Ogle Ewing and her husband, Jeff Ewing, Kane Ogle, Katelyn Ogle, Chandler Ogle, Jackson Ogle, Sayre Ogle, Merritt Ogle Ellett and her husband, Taz Ellett, and Avery Ogle; as well as a great-granddaughter, Amelia Ann Ogle.
There will be a private memorial to celebrate her incredible life.
Arrangements are under the direction of Crawford Funeral Service, Edmond.
Published on February 10, 2020
To send flowers to the family of Ruby Ann Ogle, please visit Tribute Store.

Send flowers
in memory of Ruby

A place to share condolences and memories.
The guestbook expires on May 10, 2020.