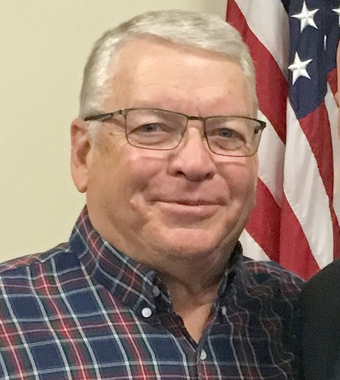 Back to Paul's story

Paul Lyman Robinson, age 72, entered peacefully into his eternal rest in the arms of our loving God, on Dec. 30, 2019. A beloved husband and father, he was also a proud and doting grandfather.
Paul was born April 9, 1947, in Oklahoma City, Okla., to Benjamin and Alma Robinson. He was drafted into the U.S. Army in August 1966 as a private. During this time he served in Germany, Korea, and Vietnam, retiring in 1991 as a Lt. Colonel.
Paul joined the Oklahoma Bureau of Narcotics in 1991. He retired as agent in charge from the Oklahoma Bureau of Narcotics in 2015. During his time in the Oklahoma Bureau of Narcotics and after his retirement, he served as one of the co-founders of the Law Enforcement Thermographers' Association and continued as an executive board member.
On Dec. 7, 1968, Paul married the love of his life, Sandra Ferguson. On Aug. 7, 1986, Paul was blessed with the birth of his son, Kevin Paul, who was born in Oklahoma City.
Paul and Sandra attended Life Church and loved their Life group. In retirement, Paul spent many days on the golf course playing with friends, his two senior men's groups, and was always up for an impromptu round with his son.
Other organizations that Paul was involved in were: Boy Scouts of America, Senior Men's golf groups at Golf Club of Edmond and Kickingbird Golf Course, and adjunct and junior vice commander for the Oklahoma City Military Chapter of the World Wars.
Paul was preceded in death by his parents, Benjamin and Alma Robinson.
He is survived by his wife, Sandra; his son, Kevin; daughter-in-law, MaryBeth; and grandson, Brandtley.
Services will be 10 a.m. Monday, Jan. 6, 2020, at Matthews Funeral Home Chapel in Edmond, Okla., with interment to follow at Gracelawn Cemetery, with military honors. Viewing will be 12-8 p.m. Sunday, Jan. 5, 2020, with family greeting friends from 5-7 p.m.
Published on January 3, 2020
To send flowers to the family of Paul Lyman Robinson, please visit Tribute Store.

Send flowers
in memory of Paul

A place to share condolences and memories.
The guestbook expires on April 02, 2020.

Deepest sympathy in the loss of your loved one. My prayers and thoughts are with you. Love, Shirley cox

John Guthrie
God doesn't make them any finer than Paul Robinson. "Because I live, you shall also live." (John 14:19) God's peace for all of Paul's family.
Oleta Denison