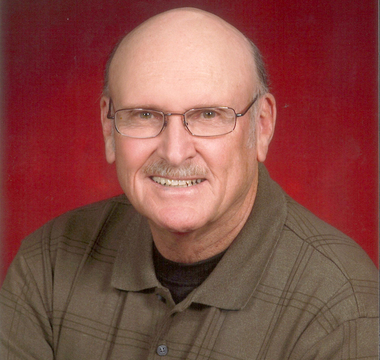 Back to Paul's story

Paul Rhett Randolph, age 78, died Dec. 12, 2019, in Edmond, Okla. He was born Feb. 10, 1941, in Pauls Valley, Okla., to Sidney Russell Randolph and Lena Belle Bruington Randolph. Services will be 10 a.m. Monday, Dec. 16, 2019, at Waterloo Road Baptist Church in Edmond.
Rhett was the fifth of six children. When he was a baby the family moved to Petersburg, Texas, returning to Norman, Okla., in 1955. He graduated from Norman High School in 1959 and joined the Army National Guard soon afterward. He married his high school sweetheart and love of his life, Patricia Diane Dodd, on April 21, 1961. Two years later "the twins" were born, Paul Keith and Kelly Rhett with Gregory Thomas born two years later.
Rhett began working while in grade school shining shoes in his uncle's barber shop. As a teen, he worked in the cotton fields of West Texas, a meat processing plant, and pumped gas at a full-service station. His professional life included working in electronics, in the construction industry as a trim carpenter, an electrician, and an electrical contractor. In 1980, he and Larry Admire founded Faith Electric in Edmond, Okla., where Rhett worked until retiring in 2004.
He was a faithful Christian and a member of Waterloo Road Baptist Church in Edmond where he served in various ministries over the years including being a deacon, serving on many committees, and doing mission work in Mexico. Rhett enjoyed sports and was an avid fan of OU football. He enjoyed playing golf and fishing. More than anything, he loved being with his family.
Rhett was preceded in death by his parents; brother, Thomas Coffey Randolph; and two sisters, Peggy Jean and Betty Mae Randolph.
He is survived by his wife, Diane Randolph of Edmond; sons, Keith Randolph of Edmond; Kelly Randolph and wife, Jamie of Wichita, Kan.; and Greg Randolph and wife, Gerri of Edmond; brother, Sid Randolph and wife, Marty of Oklahoma City; and sister, Ramona James and husband, Don of Wichita, Kan. Other survivors include eight grandchildren and three great-grandchildren.
Visitation will be 2-8 p.m., Sunday, Dec. 15, 2019, at Matthews Funeral Home.
Services will be 10 a.m., Monday, Dec. 16, 2019, at Waterloo Road Baptist Church with interment to follow at Pleasant Hill Cemetery in Edmond, Okla.
Services are under the direction of Matthews Funeral Home, Edmond.
Published on December 13, 2019
To plant a tree in memory of Paul Rhett Randolph, please visit Tribute Store.

Plant a tree in memory
of Paul

A place to share condolences and memories.
The guestbook expires on March 12, 2020.