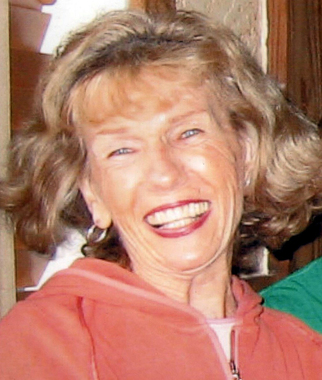 Back to Madeleine's story

Madeleine Walker, age 83, of Edmond, Okla., passed away on Wednesday, Dec. 25, 2019. She was born Dec. 22, 1936, in Woonsocket, R.I., to Elphege and Rose Hebert.
Madeleine grew up and attended boarding school in Quebec, Canada, and later returned to Rhode Island and had her first daughter, Jean Cloutier. On May 18, 1964, she married the love of her life, Gene Walker, and from this union, Suzanne Michelle was born.
In 1974, Madeleine and Gene moved to Edmond, Okla., from Henrietta, N.Y. Some of the places she worked throughout her life were the Arthur Murray Dance Studio, Patti's Hallmark, and Cimarron Middle School. She was also a highly skilled seamstress and did professional draping, along with being a USO girl. Madeleine was very active in her community at the Quail Springs Baptist Church.
She is survived by daughter, Jean Cloutier; step-daughter, Sandy (Jim) Guelich; granddaughters, Melissa Bedell, Madison Casper, and Taylor Casper; niece, Sandy (Kevin) Walker; and ex-son-in-law, Tim Casper.
Services will be 10 a.m. Jan. 8, 2020, at Quail Springs Baptist Church, 14613 N. May Ave., Oklahoma City, Okla.
In lieu of flowers, donations may be made in Madeleine's name to Mothers Against Drunk Driving (MADD), www.madd.org, or the Hope Center of Edmond, 1251 N. Broadway Ste A, Edmond, OK 73034.
Services are under the direction of Memorial Park Funeral Home, Edmond.
Published on January 6, 2020
To plant a tree in memory of Madeleine Walker, please visit Tribute Store.

Plant a tree in memory
of Madeleine

A place to share condolences and memories.
The guestbook expires on April 05, 2020.