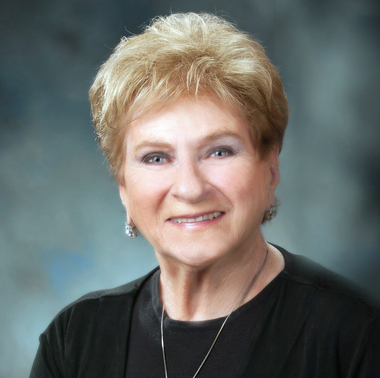 Back to Jean's story

A beautiful, sky-blue eyed, black-haired loving and caring woman was born July 6, 1926, in Lincoln, Neb., to Frank Calava and Anita Bertolini and passed from this life on December 1, 2019, at the age of 93. Her unwed teenage parents selflessly offered their newborn girl for adoption. By God's divine intervention and the good fortune of Orpha and Maurice Merrill, Jean was adopted shortly after her birth. She spent her early years in Lincoln while her father, Dr. Merrill, taught law at Nebraska University. From there, the family moved to Norman, Okla., where her father began his long career as a professor of law at the University of Oklahoma.
Jean was a bit of a tomboy. She enjoyed jumping horses and playing softball. Musically talented, Jean played piano and violin and sang in the school and church youth choirs. Jean graduated from Norman High School a year early, skipping ninth grade - an honor of which she was always quite proud. She enrolled, as one would expect, at the University of Oklahoma, studying government. Throughout her life she was a proud member of the Chi Omega Sorority.
With both of her parents as attorneys, Jean vowed to never marry an attorney. Into the picture, on an arranged date to an OU football game, enters Don Barnes, an engineering student. Since he was not interested in the law at that time, their romance advanced. Of course, nothing goes as planned. After becoming close to the Merrills, Don was persuaded to change direction and pursue a law degree which he completed after serving in the U.S. Navy during WWII. They married on July 20, 1946, at McFarlin Methodist Church in Norman, Okla., five days after his discharge from the Navy.
Jean was the mother of three children. The first, Brent, was born while Don was taking the bar exam, followed by their little boy, Ron. Four years later, Jean's pride and joy, her daughter Beth, was born.
Jean was a dedicated and caring teacher beginning in Sulphur, Okla., teaching at the Oklahoma School for the Deaf. Thereafter, she moved to Okmulgee, Okla., where she first worked privately with children with speech problems and then as a junior high civics and government teacher.
While living in Okmulgee, Jean was a member of a women's singing group called The Democratic Dolls whose highlight was performing at the 1964 presidential inauguration festivities. She was also a proud member of the P.E.O. sisterhood and the Oklahoma County Bar Auxiliary. Jean and Don were OU football season ticket holders for many years and were recognized for their years of loyal support of the Sooner football team.
In 1972, the family moved to Edmond, Okla., upon Don's appointment to the Oklahoma Supreme Court. They lived in Edmond until 2009. Thereafter, they moved to Spanish Cove Retirement Village in Yukon, Okla.
While living in Edmond, Jean continued teaching at Edmond Memorial High School where she positively influenced hundreds of teenagers' lives and ensured that they understood the importance of civic involvement and voting and the manner in which government was created and performed. Jean was a school sponsor taking select high school students to Washington, D.C. to participate in the Close Up program which empowered students to become active participants in our democracy. Always active in her church, Jean was a longtime member of First Christian Church, Disciples of Christ of Edmond. She confirmed her love of music and sport upon retirement, golfing weekly at Oak Tree Country Club, singing in the church choir and, of course, substitute teaching at least three days a week into her late seventies. Jean had the gift of hospitality and was known to open her house with delicious meals, including her famous cinnamon rolls.
Jean's birth parents were married after high school and had four additional children, Russ, Nick Frank and Ann. Jean had the delight of meeting her siblings for the first time at age 61, happily knowing she was not an only child.
Jean was predeceased by her wonderful, loving husband of 64 years, Don Barnes; her parents, Dr. Maurice and Orpha Merrill; her eldest son, Brent Barnes; and her brother, Frank Calava.
Jean is survived by her son, Ron Barnes and his wife, The Honorable Judge Deborah Barnes, of Tulsa, Okla.; daughter Beth Lott and her husband, Thomas Lott, of Oklahoma City; her daughter-in-law, Brenda Barnes of Norman, her grandchildren, Kristy (Pat) Brown, Jason (Kristina) Barnes, Brooke (Lance) Shankles, Ramsey (Kelsey) Barnes, Grayson (Laura) Barnes, Alexandra (Ryan) McCaleb, and Ben Hall; and seven great-grandchildren; as well as many nieces and nephews. Jean was the BEST "Mum" ever and was loved by all!
In lieu of flowers, contributions in Jean's memory may be made to fund the Orpha and Maurice H. Merrill Professorship at the University of Oklahoma, College of Law. Gifts should be made payable to the University of Oklahoma Foundation, Inc. and directed to the attention of Laura Palk, assistant dean of development, University of Oklahoma College of Law, 300 W. Timberdell Road, Norman, OK 73019.
The Memorial service will be 1:30 p.m. Thursday, Dec. 12, 2019, at the First Christian Church, Disciples of Christ, 201 East 2nd Street, Edmond, OK. Reception to immediately follow at the church.
Services are under the direction of Matthews Funeral Home, Edmond.
Published on December 5, 2019
To plant a tree in memory of Jean Marilyn Barnes, please visit Tribute Store.

Plant a tree in memory
of Jean

A place to share condolences and memories.
The guestbook expires on March 04, 2020.

Blair Powell
My condolences to Ron, Beth, and the rest of the family. Jean was a special part of my life and the sweetest person I've had the pleasure to know. I loved her wit. When I went to her 85th birthday party she said "Well there's Blair Powell. I can't believe you're not in jail!" What a hoot. The world lost a good one.
View all