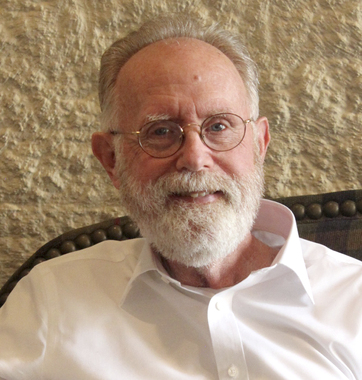 Back to Edward's story

Edward Lee "Ed/Eddie" Wilkins was born in Fort Worth, Texas, to Bruce Edward Wilkins and B. Jean (Miller) Wilkins. He spent his childhood in Odessa, Texas, and came to Oklahoma at age 12. There he met his basketball coach and future in-law, Ralph Bullard, who led him to Christ. He graduated from Edmond Memorial High School in 1969, and then studied at University of Central Oklahoma.
He married the love of his life, Sarah "Cherry" Wilkins and moved to Mustang, Okla., where they raised six children and he remained the rest of his life. He loved his careers as a manager in the grocery industry, an animal control officer, and finally as a supervisor for the Mustang water treatment plant. Two of his unofficial careers that brought him great joy were teaching Sunday School at Chisholm Heights Baptist Church and coaching youth basketball.
Ed was a people person, and his lengthy conversations were legendary. He loved to golf before his stroke in 2009, and enjoyed his children and grandchildren immensely. He will be remembered for his great jokes and passion for OU football and basketball and the Thunder, as well as his avid Facebook posting. He was always able to see the good in others, and if he met you, he loved and prayed for you. Always the evangelist, he supported Ray Comfort Ministries and sought to spread the love of Christ online.
He is preceded in death by his mother, and his uncle, George Wilkins.
He is survived by his father; his wife; his brother, Bobby Wilkins of Edmond, Okla.; sister, Deana and Rick Osborn of Edmond; son, Luke Wilkins of Mustang; daughter, Leah and Dean Ross of Bethany, Okla., (Bridgette, Erica, Keegan, Spencer, and Eleanor); sons, Jesse and Joe Bond of Oklahoma City, Okla.; Andy and Sarah Wilkins of Enid, Okla., (Ramey, Miriam, Damaris); daughter, Abby and Kris Glasser of Oklahoma City, (Elliot and Collins); son, Ben Wilkins of Mustang; and a host of cousins, aunts, nieces and nephews.
Memorial services will be 2 p.m. Thursday, Jan. 23, 2020, at Faith Bible Church in Edmond, Okla.
Published on January 17, 2020
To plant a tree in memory of Edward Lee Wilkins, please visit Tribute Store.

Plant a tree in memory
of Edward

A place to share condolences and memories.
The guestbook expires on April 16, 2020.

Kenneth Isom
Ed was such a man of character and integrity. I respected him and loved him. I always enjoyed talking and sharing our mutual faith with him. He was truly a Christian gentleman and a great representative of his Lord. My regret is that I lost track of him the last number of years. I just heard of his passing today and am unable to come to the funeral.
Tribute Store

Fairest of All was purchased for the family of Edward Lee Wilkins by Tribute Store.  Send flowers

Huey and Tari Long
So sorry and shocked to hear this! Ed was such an awesome gentleman and loved the Lord with all of his heart. There was no question where Ed Wilkins stood with the Lord!

He will certainly be missed by ALL who loved and cared for him....he will leave a void in our lives.

He and my husband spent many nights walking the streets of Mustang....winning souls for the Lord. He was a genuine trailblazer, with a passion for the lost💕
Tommie Jean (Moore) Duncan
I am saddened in hearing of the passing of Ed. He was a wonderful man. Ed was a strong Christian man, devoted family man, and a really good neighbor.
Jay Elliott
I remember Eddie as a great individual. His passing saddens me. Eddie hired me to my first job, I was 16. I hired on at Best YET GROCERY, in Mustang. Ok.. prayers for his family, he was a great one.
View all