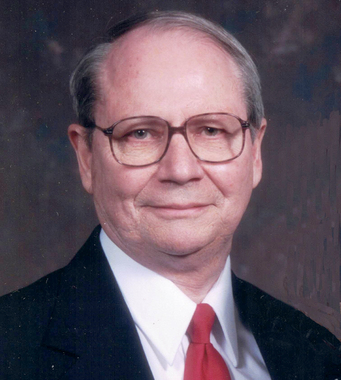 Back to David's story

Dr. David "Dave" Ward passed away Feb. 5, 2020, in Oklahoma City, Okla. He was born May 23, 1936, in Pauls Valley, Okla., to Charles Edgar and Josephine Margaret Ward.
David attended grade school in Pauls Valley. The family moved to Ardmore, Okla., where he graduated from Ardmore High School in 1954. He attended Oklahoma City University as a music major. He was a member of Lambda Chi Alpha fraternity. David began his music career as a trumpet player in Ardmore and at OCU changed to alto saxophone. He began composing in earnest at OCU and had works played by the band and Oklahoma City Orchestra. He graduated with a Bachelor of Music degree in 1959, and the Honor Society of Pi Kappa Lambda.
David then attended graduate school at the Eastman School of Music at the University of Rochester in Rochester, N.Y. He received an assistantship in which he played in the Eastman Saxophone Quartet and directed the student band. He received his Master of Music degree in Composition in 1961 and began studying for his Doctor of Musical Arts degree as a Composition major. During his time at Eastman, he played in the Eastman Wind Ensemble under the direction of Fred Fennel and is on many Wind Ensemble recordings. In 1965 Dr. Ward was awarded his Doctorate of Musical Arts.
He taught Music Theory, Applied Woodwinds, Jazz Band, 16th Century and 18th Century Counterpoint, Composition and Music Appreciation, and Music History at the following colleges and universities:Oklahoma City University, Oklahoma City, Okla., and Nazareth College of Kentucky, Nazareth, Ky. At Cameron College in Lawton, Okla., he was the jazz ensemble guest performer. He became the head of the music department at the College of Artesia, Artesia, N.M. In Maryland, he taught at Prince George's Community College, Largo, Md., and Anne Arundel Community College, Arnold, Md. In addition, he taught at the University of Central Oklahoma, Edmond, Okla., and Southern Nazarene University, Bethany, Okla.
David married Marcia L. Newlin on Aug. 17, 1969, and they moved to Artesia, N.M. In 1972 Dr. Ward was inducted into the United States Navy by direct procurement under Admiral Elmo Russell "Bud" Zumwalt. He enlisted as a musician chief. He began as head composer/arranger for the Naval Academy Band in Annapolis, Md. He became head arranger and composer-in-residence with the United States Navy Band, Washington, D.C. He served there for 12 years and then returned to the Naval Academy Band for another seven years, for a total of 21 years of service at his retirement in 1993. Dr. Ward arranged and composed music for public concerts and recordings with both bands.
Dr. Ward's publications include "An Abstract for Alto Saxophone And Piano", Southern Music Company, and an arrangement of "Casuals: hymne aux Nations Unies (Band Arrangement)" commissioned by the United Nation in 1985. Among his compositions are "National Geographical Survey March", "Concert Piece for Alto Saxophone and Band", "Cannery Row" for Orchestra, and the "Score from Arizona Memorial Film" on view at the Arizona Memorial National Park, which was recorded by the U.S. Navy band.
In 1993, David retired and he and Marcia returned to Oklahoma where they lived in Edmond for 24 years. In 2017, they moved into assisted living at Legend at Council Rd., Oklahoma City, following David's lengthy illness of dementia. David and Marcia celebrated 50 years of marriage in 2019.
David is survived by his loving wife, Marcia; his brother, Joe Ward; his sister-in-law, Marilyn Walker; his niece, Julia Matulis and husband, Jeremy, and children Dylan, Madelyn and Mason.
Donations may be given to the Alzheimer's Association.
Memorial service will be 10 a.m. Wednesday, Feb. 12, 2020, at Demuth Funeral Home, Oklahoma City, Okla.
Published on February 7, 2020
To send flowers to the family of David Webster Ward, please visit Tribute Store.

Send flowers
in memory of David

A place to share condolences and memories.
The guestbook expires on May 07, 2020.