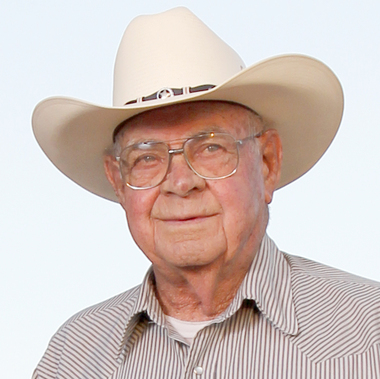 Back to Carl's story

Carl Eugene Benne was born June 28, 1932, to William H. and Katie May Benne. He passed away peacefully March 15, 2020. He was the eighth born of 12 children. Including Carl, there were five boys and seven girls. Carl attended Chisolm School for his first grade in September 1938. The one-room school consisted of grades one through eight. He walked to school two miles with his two sisters and one brother. In the late summer and early fall of 1940, the family moved to a farm located at the northeast corner of Pennsylvania and Coffee Creek Road. There Carl attended a country school named Prairie Bell. It was also a two-mile walk to school and back. After two years, the school closed. The students were transferred to Deer Creek School west of Edmond, Okla. Growing up on his family's farm taught him horsemanship skills that blossomed into an affinity for rodeo.
Carl's first public job was at Rodkey's Flour Mill in downtown Edmond for two years. He then worked at Tinker Air Force Base and retired after 37 years. Carl served in the United States Army from July 1952 to April 1954. He took his basic training at Ft. Leonard Wood, Mo. He served in Korea from January 1953 to April 1954 with the 16th Combat Engineer. They built roads and cleared mines. He was discharged at Colorado Springs, Colo., and held the rank of staff sergeant.
In April 1955 Carl met and started dating Mary Lou Stewart and they were married July 27, 1956. This coming July, they would have celebrated 64 years of marriage.
For decades, Carl Benne's name has been synonymous with the rodeos at the Edmond Round Up Club. Carl first joined the Edmond Round Up Club when he was around 17 years old. The location of the arena at that time was where the KickingBird Golf Course is presently located. Carl's first official role with the Edmond Round Up Club was parade marshall, then he moved on to a role as president. When the Edmond Round Up Club needed a place to hold rodeos and play days in 1966, Carl Benne stepped forward to help design and build the arena where it stands today. When repairs were needed, Carl would go to the arena to get things taken care of. Formally he has served approximately 30 years as president, and he also served as vice president, chairman, and on the board of directors for many years. He continued to volunteer his time and efforts to the arena until the very end. The Edmond Round Up Club and arena was a huge part of his heart and soul. January of 2003 the Edmond city council voted to name the arena for the club's long-term member and former president, a well-deserved recognition.
Aside from the rodeo, his other interest and passion were his two draft horses, Tom and Jerry. He pulled a 30-person trolley, buggy, wagon and stagecoach, which he built himself. He was well known for being in all the parades around, and when he finally decided to retire from the draft horses, he had never missed a LibertyFest parade in Edmond.
Carl was preceded in death by his parents, four brothers, and five sisters.
He leaves behind his two children, Carl Wayne Benne and wife, Denise of Mustang, Okla.; and Kimberly Dawn Benne-Gray and husband, Fred Gray of Edmond, Okla.; three grandchildren, Reanon, Rachel and Kayla; four great-grandchildren, Gabrielle, Marty, Katie and Carly; two sisters, Mary Ann Lane of Midwest City, Okla.; and Oneta McDaniel of Edmond, Okla.; and numerous nieces and nephews.
Carl will be remembered for the legacy he leaves with the Edmond Round Up Club, the arena, parades and for his continued devotion to the City of Edmond through the years. He was a devoted husband, father, grandfather, brother and friend to all.
Formal visitation will be 6-8 p.m. Thursday, March 19, 2020, at Matthews Funeral Home.
Services will be 2 p.m. Friday, March 20, 2020, at Matthews Funeral Home Chapel with interment to follow at Gracelawn Cemetery, Edmond, Okla.
We will be live streaming this service in an effort to accommodate those people who wish to attend but feel they should not due to the health environment. You can watch this service by copying and pasting this link to your browser. https://www.youtube.com/channelUCa5EYMKiB8ZmqO7mzdH6K6A, click on videos then live streams.
Published on March 17, 2020
To plant a tree in memory of Carl Eugene Benne, please visit Tribute Store.

Plant a tree in memory
of Carl

A place to share condolences and memories.
The guestbook expires on June 15, 2020.

Betty
So sorry. Thanks for calling me Kimberly
Jamie Peters , Marilyn Peters , Lloyd Peters
prayers for all of you in your time of grief.
Tiffany Travis
Prayers for the family
View all 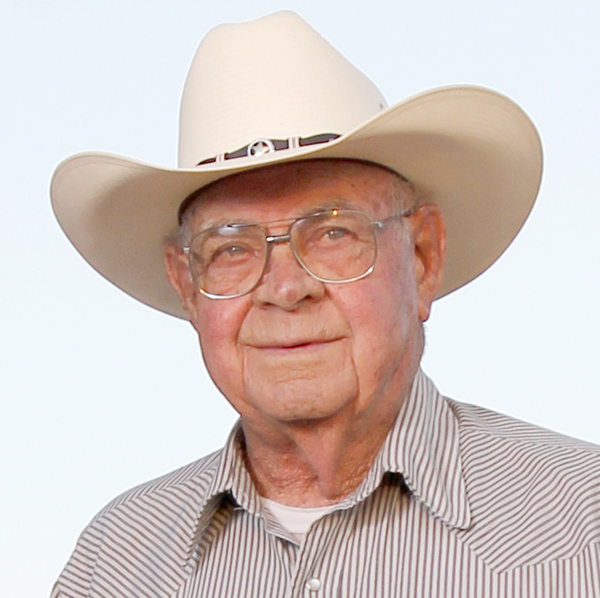